It was just getting dark: there was a touch of fog and I was on a lonely stretch of road. But I was going alone cheerfully, thinking about the dinner I would eat when I   26   to Salisbury.
I was going alone  27   at about thirty-five miles an hour when suddenly I heard a scream, a woman’s scream — “  28  !” I looked round, but the only   29   of life was a large, black, rather suspicious-looking car just   30   a bend in the road about a hundred yards   31  . That was   32   the cry had come from. I   33    speed and went after it. I think the driver saw what I was doing,   34   he did the same and began to draw away from me. As I drew near, the girl’s voice came again, a lovely voice but  35   with fear.
“Let me go,  36   fool; you’re hurting me. Oh! Oh!”
I felt my blood  37  . The fog was coming down thicker now, the countryside was lonelier. The man in the car had no  38   noticed this. Again came a cry.
“Drop the knife, fool. Oh!”  Then a cry and a groan.
If I was to save her, it was now or  39  . Perhaps even now I was too late. But if I couldn’t save the girl, I would  40   try to bring the murderer to the police station. The car was only a couple of yards away now. I drove the bike right across its   41   , and its brakes screamed as the driver tried to pull it over and crashed into the ditch on the side of the road. The door of the car was pushed open angrily and a dark, evil-looking fellow stepped out, mad with anger.
“Fool!” he shouted   42   he came towards me with his fist raised to hit me. But I was quicker than he. I put all I knew into   43   that would have knocked out Joe Louis. It caught him right on the ground without a   44   . I rushed to the car,   45   open the door and peered inside. There was no girl there. Suddenly from the back of the car came a voice.
“You have been listening to a radio play. Murder in Hollywood, with Mae Garbo and Clark Taylor. The news will follow immediately.”

One day in 1918, something very strange happened at an army camp in America. Their camp had thousands of horses and mules. They disposed of the animals' waste matter by burning it. That day a huge dust storm, along with the burning waste matter, turned the sun completely black. Two days later, men began to complain of having very bad colds. By noon, more than one hundred men were sick. Doctors didn’t have the record keeping that we have in modern times to keep track of illnesses' although they knew that many people living close together often gave their diseases to others. In the same month, the United States sent 84, 000 soldiers to fight in the war against Germany. Little did they know that they were carrying a disease that would kill as many           soldiers as their rifles would. The disease traveled fast, and in just four months, ten of thousands in every part of the world has fallen ill and died.
In those days, many people believed medical science could cure any disease. When they discovered no one had a solution to this deadly disease, people turned toward prevention(预防). The government tried to educate people not to use common cups and utensils. They also told people not to cough or sneeze(打喷嚏) without covering their mouths. People were also encouraged to wash their hands often and pay attention to personal cleanliness. In this way, they could reduce the chance of infecting(感染) someone else or becoming infected themselves. In modern times, we also need to take responsibility to avoid spreading(传播) illness.

46. The main idea of this passage is ________.
A. to tell us about an important war in human history
B. to describe the hardships of military life in the US
C. to demonstrate the advances of medical science
D. to show that disease can spread from person to person

47. According to this passage, many soldiers fell ill because ________.
A. they raised too many horses and mules
B. they didn’t want to go to war
C. they all lived very close together
D. they didn't have record keeping

48. Based on this passage, which of the following is TRUE?
A. American soldiers used disease as a weapon to kill the enemy.
B. American soldiers enjoyed horse racing at the army camp.
C. The Germans were defeated by bad colds in World War 1.
D. Bad colds spread and killed without regard to borders.

49. Which of the following is NOT a preventive measure?
A. Complain to your doctor about a bad cold.
B. Don't share cups and utensils with others.
C. Cover your mouth when coughing and sneezing.
D. Wash your hands as frequently as possible.

50. In modern times, we believe that __________.
A. any disease can be cured by medicine
B. everyone should be careful about disease
C. doctors alone are held responsible for disease
D. the government can handle any disease

Learning the language of a country isn't enough. If you know the manners of your foreign friends, you will probably be surprised just how different they can be from your own.
A visitor to India should remember it is impolite there to use the left hand for passing food at the table. The left hand is for washing yourself. Also in India, you might see a man shaking his head at another to show that he is disagreeing. But in many parts of India a side-to-side movement of the head is to show agreement. In Bulgaria you shake your head to show "yes" -- a nod shows "no".
In Europe it is quite usual to cross your legs while sitting and talking to someone, even at an important meeting. But doing this could cause offence to a Thailander. Touching the head of a grown-up is also not done in Thailand.
Knowing about manners is useful when you are traveling, and you also need to know the language used to express the customs.

53. You can easily make a Thailander angry by __________.
A. touching his head
B. crossing your legs while talking to him
C. shaking your head
D. nodding your head

55. We can learn from the passage that
A. different countries have different manners
B. the manners in Thailand are the same as those in India
C. one should be careful not to cross legs in Europe
D. one should not touch a grown-up’s head in India

Do you like to eat many different foods at the same time? Most of us do, but to buy twenty dishes at a restaurant is just too expensive for most Americans. A good solution is to eat a potluck meal (自带食物的聚餐). In fact, it is popular among American people.
The idea is to have many families, generally in the neighborhood, prepare one or two dishes only and bring them to a large room in one of the families. Many soups, salads, meats, hot dishes, cold dishes, desserts and drinks are put on the table at one time.
Each family member then takes a paper plate, a plastic knife, fork, and spoon and a paper cup. In turn, they sit with family or friends, eating and chatting.
When they finish, they may go back to the table and eat more food for there always is more than the group can eat at one time. Following the meal, everyone puts their paper plates and cups as well as the plastic knives, forks and spoons into the garbage container.
At many potlucks, people then begin entertaining each other. A group of four men may sing as a Barbershop Quartet(四重唱). A pianist or a violinist may play a solo. Often, there is group singing. Sometimes there is a liar’s contest. Three people are chosen to tell a story. They leave the room and two come back and tell a true story     while one tells a lie. The lie must be a clever story so it will be hard to choose which of ways causes everyone to laugh loudly.
Everyone leaves the potlucks in a good spirits as they have all eaten a very good meal and they have enjoyed a time of entertainment.

56.Why is it popular among American people to eat a potluck meal according to the author?
A、Because of their expectation to make the acquaintance of neighbors
B、Because the price is expensive for them to eat a lot of different foods at the same time
C、Because it is easy to bring one dish to the neighbor’s
D、Because they want to take part in a party

57.How do they have their potluck meal?
A、Around the table
B、By serving themselves
C、By being served by their neighbors
D、By picking out the food and eating with family or friends

59.When we say a person is to play a solo, we mean ________.
A、He is to sing in an individual voice
B、He is to play a musical instrument by himself
C、He is to make a performance by a single individual
D、A, B and C

Everyday our world becomes smaller and smaller. Modern life changes so __61___ (quick). Today, jet airplanes fly across the ocean very fast; for example, it is possible to fly from London to New York in three and __62__ half hours on a jet plane. Also, we watch the Olympic Games and other international events __63___ television at home through satellites. And all over the world, computers control many banking systems and industries. Computers also make ___64___ (communicate) between people easier and ___65___ (fast).
Other changes make the world ___66___ (small) too. For instance, more people travel abroad today. Businessmen, ___67___ (tour), scientists, students, political leaders, and film stars visit many countries each year. Students and scientists go to foreign universities and research institutes; businessmen from national companies work in __68___ (they) branch offices abroad.
Style of clothing __69__ (be) more and more universal, too. Australian stores sell shoes __70___ (make) in Spain or Italy. Young people in many countries all over the world buy American blue jeans. All these modern changes make our world a smaller place -- a kind of "global village". 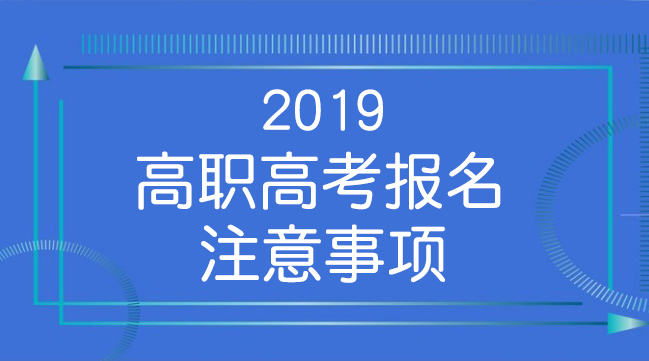